The 9 Don’ts of Interviewing

The 9 Don’ts of Interviewing was originally published on Hospital Recruiting. 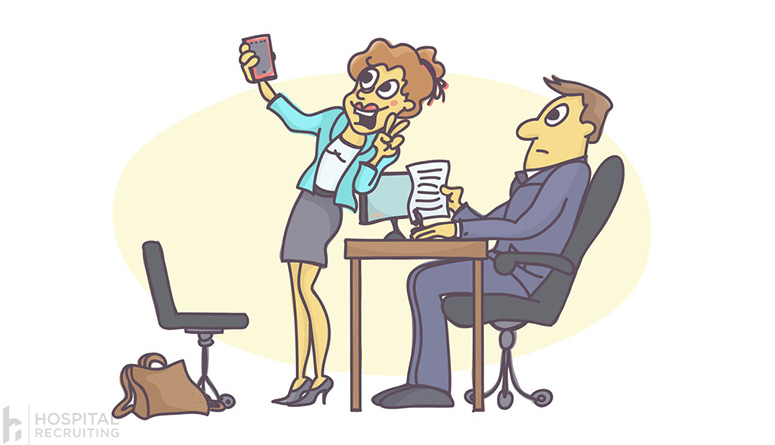 You’ve received a call from an application for your dream job, and they want to schedule an interview. Now what? Preparing for an interview can be daunting. As important as it may be to make sure that you do everything right, however, it is even more important to avoid some of the fatal flaws that can cost you this opportunity. Knowing the “don’ts” of interviewing is vital.

If you are late to something as important as your interview, it is a sign that you will probably be late to your job on a regular day. On a deeper level, being late sends the signal that you might not be dependable. Leave lots of extra time when going to your interview location, and make sure that you have driven the route to get there at least once before.

If you have an unavoidable delay, like you have a flat tire or your appendix bursts, be sure to call your interviewer as soon as possible and transparently explain the situation.

Being a little bit underprepared, while not ideal, might be forgivable, but being unprepared is probably not. Doing thorough research on the company, the role you have applied for, and even the interviewer, will give you the best possible chance of success.

During an interview you have to try to sell yourself to some extent, but if you overdo it, you come across as arrogant. Be sure to frame your positive attributes in a way that includes giving credit to others. Instead of saying, “I was the top salesperson on my last team for the last two years”, consider something like, “I was fortunate to work with a great team and the support of the team and my manager around me helped be their top performer for the last two years.”

While it should go without saying, you should never over-inflate your abilities by embellishing the truth. Odds are someone who does this will be found out, and when they do, their chances are definitely over.

At the end of your interview, your interviewer will inevitably ask you if you have any questions. Skipping the opportunity to ask questions will make you appear uninterested and is not a good plan. Be sure to be prepared with at least three insightful questions that express your interest in the company. While it is okay to ask about pay, be sure not to only ask about pay, as that gives the impression that you’re not interested in anything except the money.

8. Don’t have your phone on

Phones are a constant source of distraction, and there isn’t any reason for you to have it on during an interview. Only bad things can happen if your phone is on during an interview, from getting a call, to accidentally dialing someone in your pocket, to having an alarm go off. Definitely keep the phone off while you’re interviewing.

Checking the time during an interview gives the impression that you want it to be over. Even though you might just be curious as to what time it is, checking the time can give the wrong impression. It’s best not to schedule anything for right after an interview, and if the interview goes longer planned, that is normally a good thing, not a bad thing.

The good news is most of the “don’ts” of interviewing can be avoided with a little bit of planning and a little bit of conscious effort. By avoiding these simple mistakes, you can truly stand out in your interview and get that dream job.